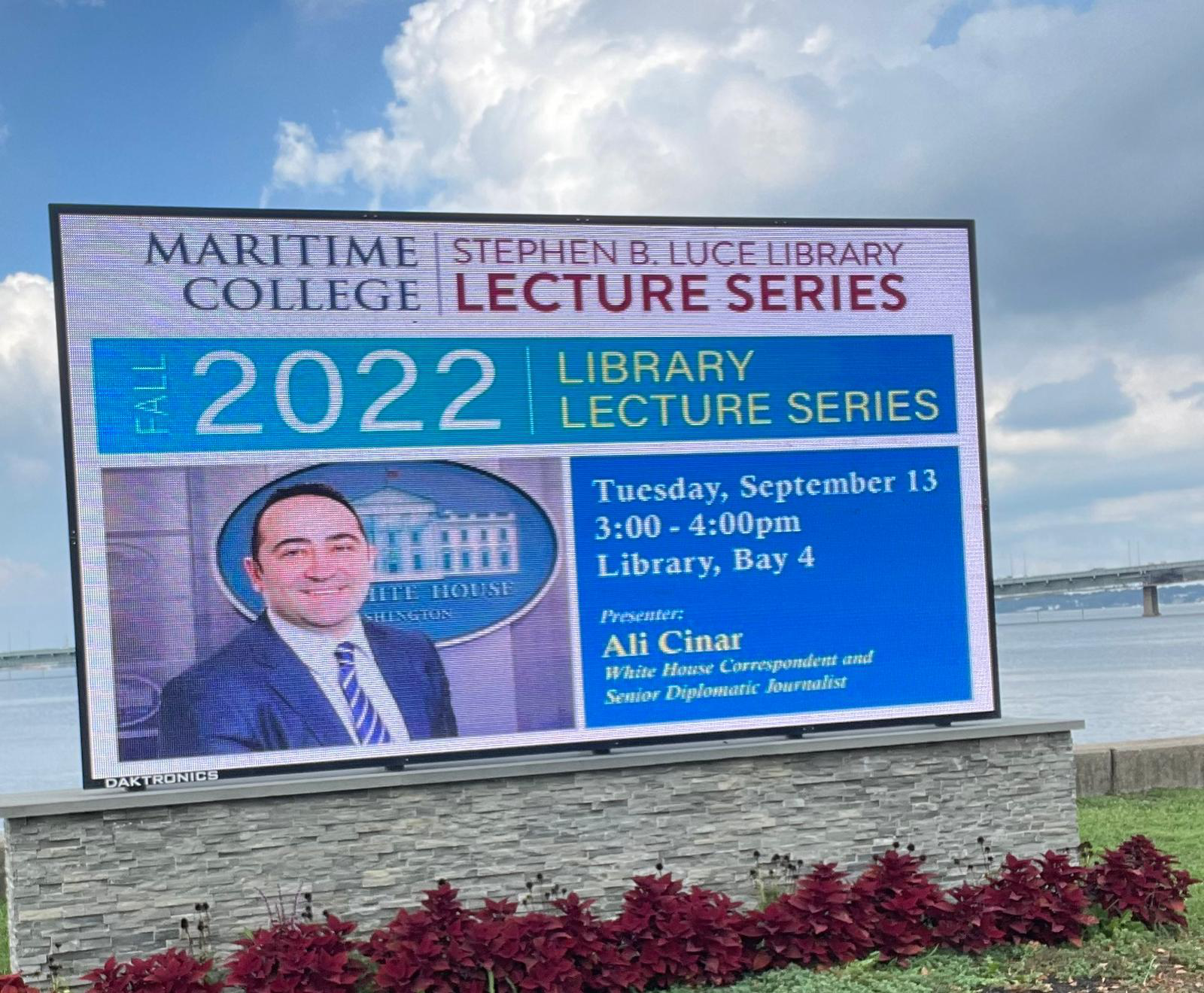 Journalist Cinar discussed the perspective of explaining world issues as a journalist and correspondent for the White House. Humanities Professor Dr. Mark Meirowitz moderated the lecture. Ali Cinar explained to Maritime students his daily schedule and what he covers at the White House. Ali Cinar also touched base on the latest developments in foreign policy issues. Since Cinar is doing a Ph.D. in Communication, he also talked about his academic work with the Students.

"Disinformation, a method frequently used from past to present to manipulate individuals and societies, has been moved to a different dimension with the widespread introduction of social media into our lives. Information pollution and distorted news have reached their highest levels because of the uncontrolled and anonymous sharing attributes of the internet and new media channels, which are essential in producing and disseminating information. "Cinar said.

He also added that It is getting more and more difficult for users to learn the accuracy or inaccuracy of the information in the internet media, where misinformation spreads faster than the truth. He highlighted that the importance of verification platforms is gradually increasing in the internet environment, where false and erroneous sharing cannot be prevented.

Ali Cinar was honored to be invited to participate in and judge this year's Yale University International Policy Competition. This year's competition focused on "Natural Disaster Recovery & Management in the Caribbean," and around 40 teams participated, with more than 150 students participating. You can find out more about the competition here: YALE IPC.

Ali Cinar is a journalist based in Washington, DC. He represents Ciner Media US Group(Haberturk TV and Bloomberg HT). Ali Cinar was awarded the Ellis Island Medal of Honor and was the youngest Turkish American to receive this award in over 30 years. He is a Ph.D. candidate in Communication at Liberty University,