Awards
Several Non-Profit Organizations in the States have recognized Mr. Cinar for his accomplishments. 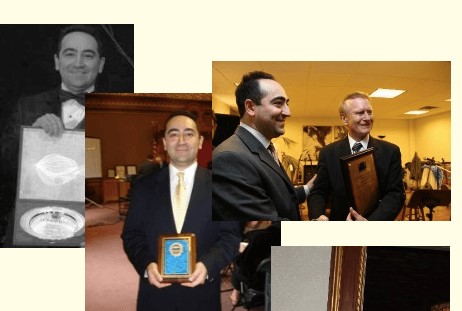 Mr. Cinar has been making contributions to the US-Turkish relations and has also built bridges between many other communities in the United States. He holds proven leadership qualities and believes in the importance of being politically active. He also takes part in charity works such as Save Our Nations (Helping African children who were left orphan by Ebola Virus), Fighting with Cancer ( His father had a lung cancer), Against Women Violence, Supporting Refugee Children and many more.

Between the years 2007 and 2019, Ali received various awards from the following associations:

International (JCI) TR (JCI, partner with United Nations, is a membership-based nonprofit organization of 200,000 young people aged 18 to 40 in 5,000 communities and more than 100 countries around the world)

The Turkish American Chamber of Commerce and Industry (TACCI)

*Ali Cinar was selected to the “One of the Top 50 Most Influential Turkish-Americans” list by Turk of America Magazine.

Ali Cinar was awarded with the Ellis Island Medal of Honor in 2019 and was the youngest Turkish American to receive this distinction in over 30 years. He recently received a "Community Service Award' by the NYPD MT&S.