Biden and Putin Met Face-to-Face for the First Time 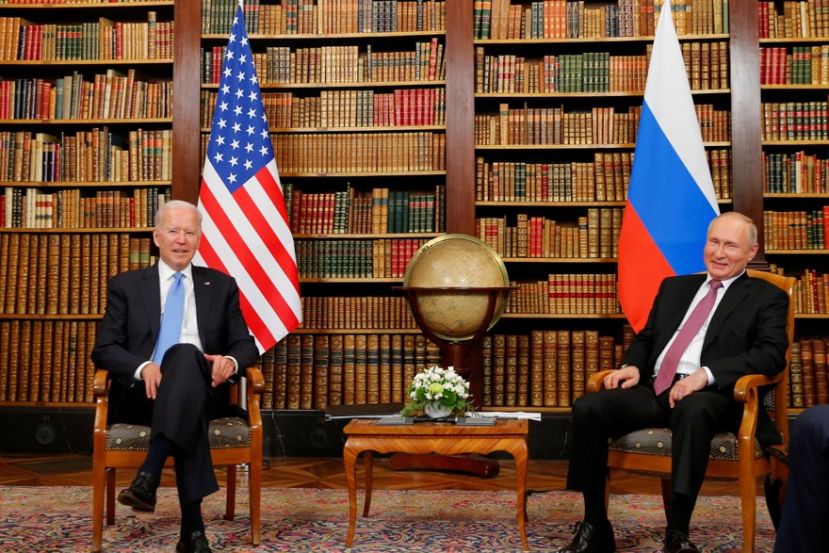 In their first face-to-face meeting, President Joe Biden and President of Russia Vladimir Putin agreed to restart arms control negotiations and reassign their ambassadors, whom they both had recalled earlier this year.

The meeting, which was held in Villa La Grange, a lakeside town in the Swiss city of Geneva, lasted less than 4 hours. However, Biden's advisers predicted that the session would last much longer.

After the meeting, both leaders held a press conference.

"We agreed to start a dialogue on arms control."

President Biden said that they discussed the details of the next steps of arms control and emphasized that critical infrastructures should not be exposed to such cyberattacks. He added that they talked about cybersecurity for a long time.

"If Navalny dies, the consequences of that would be devastating for Russia."

Noting that Russia's moves regarding cyberattacks have damaged their reputation in the global arena, Biden said that he asked Putin how he would feel if Russia's oil reservoirs were attacked by ransomware. Biden warned that the consequences of the death of Russian opposition leader Navalny could be devastating for Russia.

A new cold war would not serve anyone's interests.

Stating that the last thing Putin would want is a cold war, President Biden emphasized that it is not in anyone's interest to start a new cold war.

Putin: "We had a pragmatic dialogue."

Stating that it is difficult to say whether relations with the US will improve or not, Putin said that there is a "glimmer of hope" to build mutual trust. There was not an invitation to visit from Moscow or Washington.

"We will start consultations in cybersecurity."

The Russian leader indicated that Washington and Moscow would start consultations in cybersecurity and pointed out that most of the cyberattacks against Russia are carried out by the US.

In addition, it was announced at the press conference that both countries would return their ambassadors to their posts.

Here is the U.S. Media Headlines after the meeting:

•They continued to argue even while easing the tension.

•There were no winners or losers; everything was the same.

•No noteworthy objectives were announced.

•There could be a reduction in nuclear weapons and cyberattacks.

•Time will show how successful the meeting was.

•They both played to internal politics.