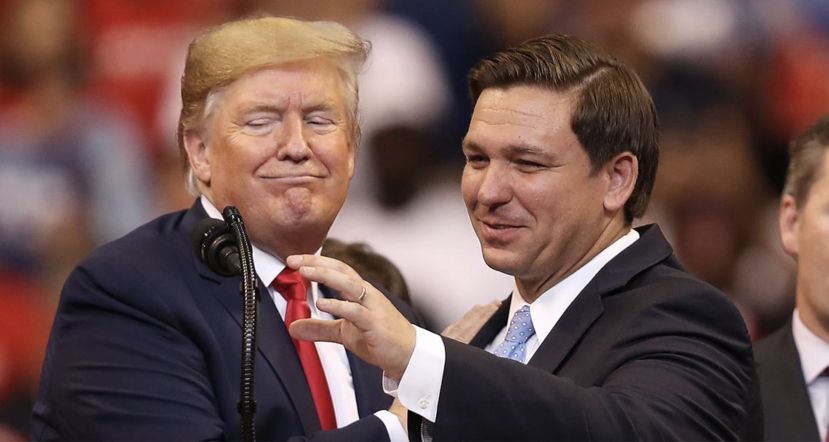 Even though the 2024 presidential elections are two years away, the Republican party has begun discussing its primaries. With critical candidates backed by Trump losing in the midterms held on November 8 and Florida Governor Ron DeSantis getting 60% of the votes, more and more Republican delegates have started losing hope in Trump.

The pro-DeSantis remarks from numerous Republican members of Congress and media outlets closely associated with Trump indicate that there will be a DeSantis–Trump rivalry in the next two years.

The 44-year-old DeSantis graduated from the History Department of Yale and went to law school at Harvard. DeSantis started his professional career as a federal prosecutor, and he was also a legal advisor in the U.S. Navy. He took on the cases of U.S. soldiers who committed war crimes in the city of Fallujah in Iraq. He was elected to the U.S. House of Representatives in 2012 and served two terms as a member of Congress.

DeSantis heavily criticized U.S. President Joe Biden for his decision to withdraw troops from Afghanistan. He believes that NATO should adopt a strategy that focuses more on the war against terror. DeSantis condemned Russia for its invasion of Ukraine, and he's known for his tough stance on migrants.

He believes that rivals like China and the nuclear deal with Iran should be vehemently opposed. He's known as the 'most pro-Israeli governor in the U.S.' DeSantis puts great importance on diplomatic engagement with North Korea, and he's also a politician who believes that the federal government should increase its military spending.

With the ongoing Russia–Ukraine war, DeSantis stressed the importance of the energy independence of the U.S. and said, 'Of course, we want lower prices, but we also want a more secure energy supply and to not depend on rogue regions in the world. That's why I think we should put Russian President Vladimir Putin in his place."

Comments within the Republican Party liken the foreign policy approach of DeSantis to that of former Secretary of State Mike Pompeo. DeSantis also compared the handling of the situation in Ukraine under the Obama and Trump administrations. "Obama refused to send weapons to Ukraine while he was the president. We sent weapons to Ukraine when Trump took over. Putin didn't take that well. Putin annexed Crimea while Obama was president. They weren't able to take anything when Trump was at the helm. And now, President Biden has entered Ukraine." he said.

His views on Turkey:

DeSantis didn't support the bills about the so-called Armenian Genocide while he was a Member of Congress. He criticized the events that took place in front of the Turkish Embassy in Washington, D.C., while he was serving in Congress in 2017. Florida Governor DeSantis met with Enes Kanter - who has a warrant arrest in  Turkey - on April 26.