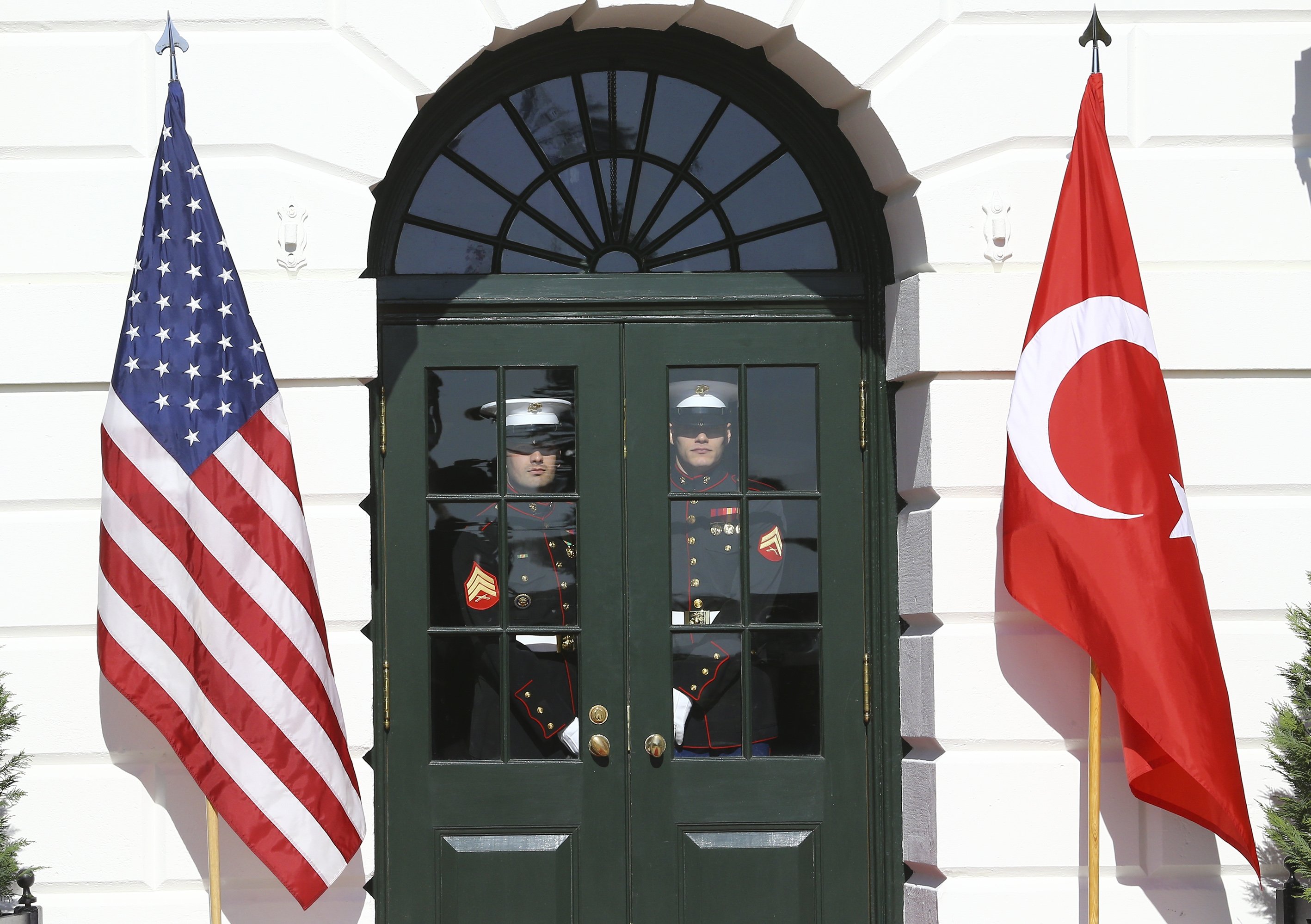 While U.S. President-elect Joe Biden prepares for his swearing-in ceremony on Jan. 20, President Donald Trump is continuing to insist that he does not accept the election's results.

It is expected that some members of Congress that are close to Trump will dispute the certification of electoral votes that will ratify the presidency of Biden on Jan. 6.

The aim is to damage Biden and announce to the public through the U.S. Congress that the election is unlawful.

The matter of interest for us, on the other hand, is Trump's decision to sanction Turkey and its repercussions.

Many believe that U.S. Secretary of State Mike Pompeo, who is considering running for the presidency in the 2024 elections, was influential in the decision to impose the sanctions, but let's remember that he also said that their "target is Russia, not Turkey" during his conversation with Foreign Minister Mevlüt Çavuşoğlu.

Many in Turkey are also of the same opinion concerning Pompeo's presidential agenda in 2024, but I do not believe that he has a chance to be elected. According to a poll by the POLITICO/Morning Consult, 53% of Republicans are veering toward supporting Trump in 2024.

In another opinion poll from McLaughlin, support for Pompeo stands at just 1%. Of course, it is still very early to forecast the 2024 elections, but it will be beneficial to emphasize that Trump will be the favorite.

In the meantime, with the announcement of sanctions directed at Turkey as part of the Countering America's Adversaries Through Sanctions Act (CAATSA), there is currently no one talking about the matter in Washington.

The Biden administration will first focus on the fight against COVID-19 and problems in domestic politics. Still, we will also see a strategy to act in cooperation with Europe once again, as well as new policies against Russia and China.

The U.S. Congress was appeased and the possibility of Biden being lumbered with the S-400 issue was avoided with last week's decision. Hence, the Biden administration will emphasize a wait-and-see strategy on the S-400 issue.

They will first hear the solution proposed by Ankara. They will also signal that more sanctions are likely to follow if Turkey activates the system.

What is important here are the steps Turkey will take, but there are signals that both sides will make an effort to reestablish positive dialogue between Biden and President Recep Tayyip Erdoğan.

The CAATSA sanctions are not the only topic here. There are many issues to discuss in terms of Turkey-U.S. relations such as defense cooperation, F-35s, the Syrian crisis, the PKK/YPG and the Gülenist Terror Group (FETÖ), the Halkbank case, the Eastern Mediterranean and Libya crises and the detained U.S. consulate employees.

While we should not forget that there are multiple dimensions to diplomatic relations, it is also beneficial to remember that many of the issues will be transferred to Biden's presidency from Trump.

With anti-Turkish groups influencing the Capitol, it will be more challenging to take a warmer attitude toward Ankara next year.

It can be foreseen that the impossibility of sustaining the situation with sanctions in the medium- to long-term will cause trans-Atlantic network diplomacy to move into action and that diplomacy will become prominent in bilateral relations during the Biden period.

While the U.S. government has numerous foreign policy priorities, it will turn into a government more focused on domestic policies. If the issue of trust between Ankara and Washington can be resolved, I believe that a desire to solve the problems will present itself.

Finally, I want to say that I am hopeful rather than pessimistic for the future of Turkish–U.S. relations once the Biden administration takes office.

While there are still serious problems to consider, the fact that more diplomatic communications will occur through numerous official channels in line with NATO and trans-Atlantic principles brings hope.