President Biden: "We Still Have a Lot To Do" 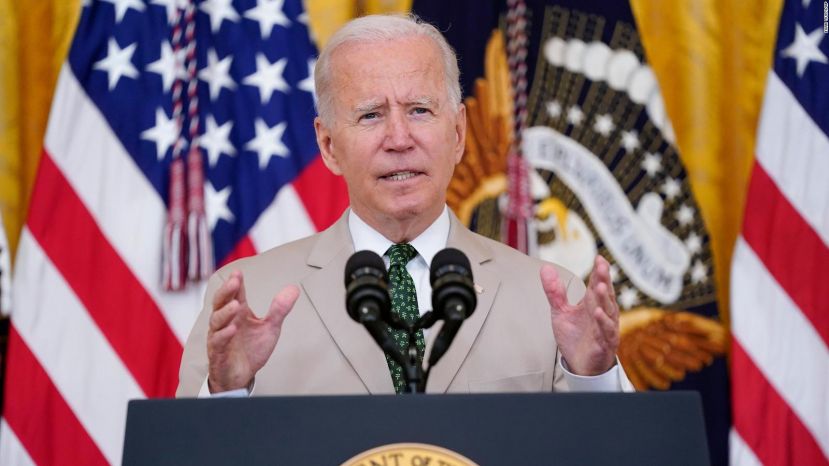 According to the employment report published by the US Department of Labor, the unemployment rate was the lowest of the last 16 months in July. After the information, President Biden said that there is still a lot of work to end the pandemic and revive the economy.

In his speech, Biden also explained the paths to keep the reinvigoration of the economy sustainable after the Coronavirus pandemic.

These include tax credits that will be paid to families with children in the next ten days, providing resources for the safe reopening of the schools in the new school year, preventing the dispossession for those who were not able to pay their rent, providing more tax amnesty to small businesses, expanding the scope of the Affordable Care Act and decreasing the premiums to 40 percent, decreasing the prices and increasing the accessibility of medications.

President Biden stated that the economic stimulus package established after he has taken office is serving the purpose. The success is ongoing both in the economy and the fight against the Coronavirus pandemic.

President Biden also explained that thanks to the stimulus package, the number of Coronavirus tests and protective material have increased, enough vaccines for all Americans were purchased, and the most challenging task of logistics in the history of the US has been conducted, reminding that 220 million vaccination doses were completed in the first 100 days of his presidency.
He said that 190 million Americans had at least their first dose of the vaccination, and that meant 70 percent of adults, adding that 165 million Americans have been fully vaccinated.

President Biden repeated that it is the pandemic of the unvaccinated individuals from now on and once again called people into getting vaccinated. President Biden said billions of people in America and the rest of the world had been vaccinated, and none of them died from the vaccine itself. Announcing that approximately 400 people lose their lives because of the Delta variant each day in the United States, "This is a tragedy. This could be prevented with vaccinations," he added.

President Joe Biden also stated that 4,000 people died a day from Coronavirus seven months ago, and that number is 400 now, which shows the importance of the vaccination. President Biden remarked that the recovery in the labor market was possible thanks to the resources stimulus package has provided to the administration and added that in the last three months, 832,000 new employment areas were established on average, and this number was 50,000 in the previous three months of the previous administration.

"The latest data tells us that we still have to work a lot more for the fight against the Delta variant and economic improvement. We have to vaccinate more people," said President Biden.

Reminding that his administration has announced a set of rules for those who are not vaccinated to comply, President Biden said that if federal employees are not vaccinated, they will be tested once or twice a week from now on, they will be required to wear masks in the workplaces, apply social distance rules and not be allowed to go on business trips. He also noted that further conditions would be added in the future.

"Wear a mask and go get vaccinated today. This way, we will not go through the economic hardships that we have faced during the earlier stages of a pandemic." Biden added.