The Kurdish referendum started to destabilize the region more 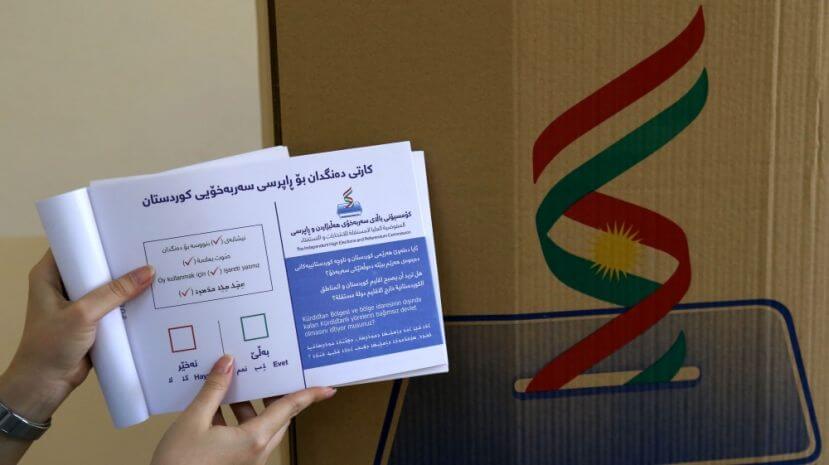 By Ali Cinar - There’s a reason why Turkey, the United States, the United Nations and many western countries were against the Kurdish referendum that has been proposed on Kurdish independence. The answer is because it was bad idea that would cause chaos rather than peace and bring regional instability to the region, at a time when the world at large and the countries in the region are facing problems and tough choices with the situations in Syria as well as Iraq.

There’s a reason why the US, Turkey and the UN, who don’t always agree on everything, agree on this matter. The reason is because you don’t want to mess with regional and structural balance in the region. It would erode peace in the region and bring security risks that have not been thought of yet.

As Turkish Foreign Minister Mevlut Cavusoglu told state television recently, “In Iraq a country, which has been through so many problems, a referendum on independence made the situation even worse. As we all know, United States did not recognize the independent referendum held by KRG- "The vote and the results lack legitimacy and we continue to support a united, federal, democratic and prosperous Iraq," Secretary Tillerson said in a statement couple weeks ago.

By taking a look at the details of the referendum one can actually see that the voting for this referendum did not only take place within the borders of the Kurdistan region, but also within disputed territories that are now under de facto Kurdish control since their liberation from the ISIS. The referendum was not equivalent of a declaration of independence. Nor did it trigger any immediate change to the nature of Kurdish sovereignty in northern Iraq, as the vote has neither a legal framework to empower the referendum as a binding measure, nor support from the international community.

So-called referendum started to distract from efforts to defeat ISIS and cause a turbulent situation in disputed areas that are particularly provocative and destabilizing in the region.

Baghdad and Ankara have been on the same page as well, as Turkish and Iraqi leaders expressed concerns on “the security of the region and the safety of its people.

We also shouldn’t forget the Iraqi Turkmens who are one of the three constituent’s components of Iraq and are a bond of friendship between the two countries.Iraqi Turkmen Front Leader Arsad Salihi believes that there have been three major factors, which create instability in Iraq: A culture of reconciliation has never been formed, By using political goals and a mindset of fait accompli, political goals have been tried to be reached, Instead of acting with governmental authority, all political parties involved have tried to move along with the power that was brought to them via their own armed forces.

Turkmen Leadership feels also that the referendum is void and it has been hurting Iraq. In addition It is a violation of the constitution. Mr Salihi is also warning International Community on PKK. PKK started to partner with KRG and fight against Turkmens and Iraqi Army.

Turkey had an excellent relationship with KRG till referendum time. Turkey has loaned $500 million to the Kurdish Regional Government to help meet the budgetary needs of the government. In addition to monetary support, Turkey provided military support to the Kurdish Peshmerga Forces. Turkey had trained and equipped over 2,300 Peshmerga forces and facilitated the transfer of the Peshmerga from northern Iraq to Syria through Turkey to fight against ISIL/DAESH.

Turkey, United States and many other major Countries respect territorial integrity, political unity and sovereignty of Iraq and sustains its relations in compliance with the Iraqi Constitution and international law.

It’s time that the Kurdish Regional Government listened to its neighbors and the international community and do what is right. Barzani should step back to prevent bloodshed, a potential civil war and major destabilization of the region that can have catastrophic consequences.