The U.S. Will Need Turkey’s Help to Stabilize a Post-ISIS Syria 3 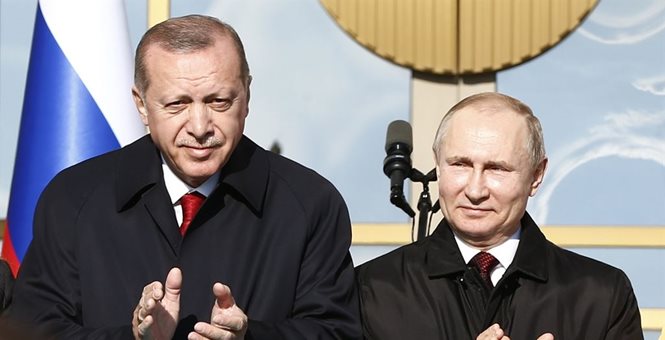 On April 4, as President Trump announced his intent to withdraw troops from Syria as soon as the fight against ISIS is complete, more than 5,000 miles across the Atlantic, a NATO ally was hosting the Russian and Iranian presidents for a summit on the Syrian civil war.

Much has been said in recent years about how Turkey’s growing closeness to Russia and Iran is a worrying development for its NATO partners. While Turkey’s place continues to be – and should remain – firmly in NATO, Ankara’s current cooperation with Moscow and Tehran over the conflict in Syria is a stark reminder of why the U.S. will need Turkey if it hopes to see a stable, ISIS-free Syria once U.S. troops come home.

During his announcement on April 4, President Trump said that the U.S. will consult “groups of our allies” and coordinate with “others in the area” in order to decide the U.S.’ next steps after the completed defeat of ISIS in Syria. Turkey is one of the allies that should be centrally involved in these consultations.

No NATO country lost more from a destabilized Syria than Turkey. Since the summer of 2015, Turkey has experienced more than 30 major terror attacks that have claimed more than 500 lives. The majority of these attacks were carried out by ISIS and by the PKK. For Turkey – both its government and the majority of its people – it is impossible to distinguish between these two terrorist groups.

Yet since 2014, the U.S., Turkey’s NATO ally, has chosen to partner with the People’s Protection Units (YPG) – a militia linked to the PKK terrorist organization – in order to fight ISIS, a different terrorist group.

While the U.S. describes its decision to work with the YPG as a tactical, short-term approach to the defeat of ISIS, this move has already directly impacted Turkey’s security. It has served to legitimize a terrorist organization that has killed the citizens of a NATO country. For example, in 2016, two bombings – the first on February 17 targeting police personnel, and the second on March 13 at the popular Kizilay Square – were carried out by PKK-affiliated attackers who had spent varying amounts of time training in northern Syria.